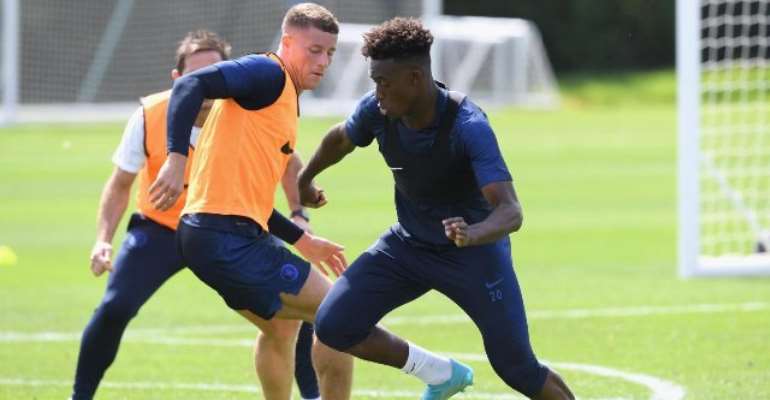 Chelsea have confirmed that winger Callum Hudson-Odoi has returned to first-team training after suffering an Achilles injury.

However, he has been out injured since April 22nd when he ruptured his Achilles tendon during a match against Burnley.

New Blues boss Frank Lampard recently reported that the forward had stepped up his recovery and was training with the U23s.

The club confirmed on Tuesday that he had returned to first-team training.

There is still no time frame for his return to matches but Blues fans will now be eagerly anticipating his comeback.

So far under Lampard Chelsea are yet to win, losing 4-0 to Manchester United on the opening day of the Premier League season before drawing 2-2 with Liverpool in the European Super Cup (and losing on penalties) and then drawing 1-1 with Leicester City in the league.

Next up for the Europa League holders is a trip to face newly-promoted Norwich City in the lunchtime kick-off on Saturday.