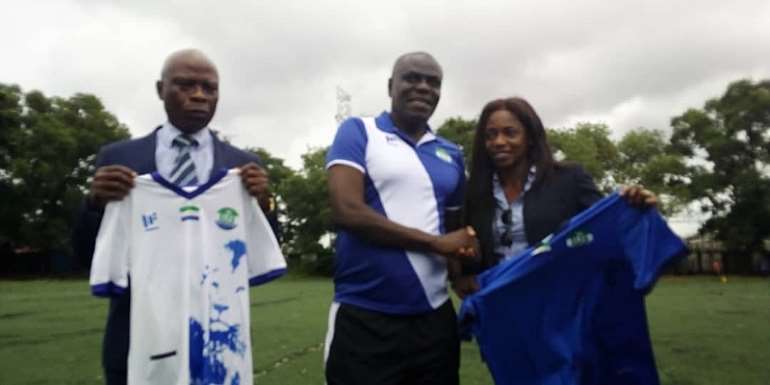 Ghanaian gaffer, Sellas Tetteh has expressed his excitement after he was unveiled as the head coach of Sierra Leone national team.

The Sierra Leone Football Association (SLFA) a fortnight ago announced the appointment of the Ghanaian manager after beating competitors during an interview.

However, the country's football governing body has unveiled the former Liberty Professionals trainer and at a well-attended ceremony graced by the Sierra Leone Football Association President, Isha Johansen, team Manager Christian Dauda and government officials at the SLFA’s office in Freetown, Tetteh said to the assembled media throng that he was happy to be back.

“I am happy to be back with the National team, I believe, I am with the right technical team as we are all colleagues in the football industry," he said.

“We all have a new target, working to achieve together. Our work start today. Our vision is to get the team to qualify for major competitions.

“I’m happy that the Government has reaffirmed their support to ensure the team qualify this time around,” he added.

The 62-year-old who has rich experience in African football coached the Rwanda national team from 2010 to 2011.

The Ghanaian trainer is making a return to the West African nation for a second stint after handling the Leone Stars between 2015 and 2017.