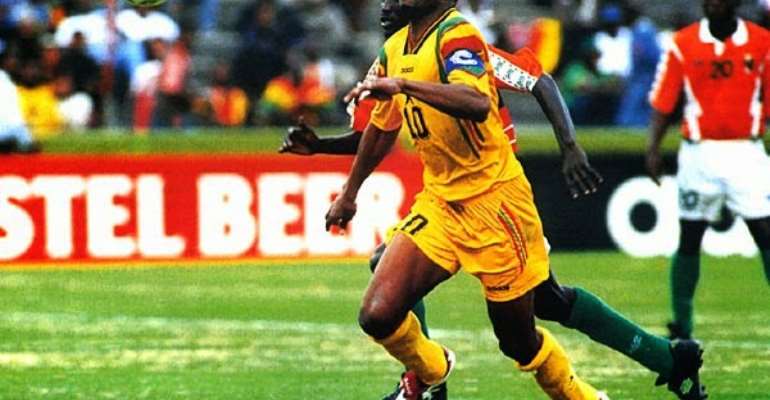 Ghana striker, Asamoah Gyan has heaped praises on legend Abedi Ayew Pele describing him as the greatest footballer to have come from this country.

The former Olympique Marseille forward was three times African Footballer of the Year and also won the Nations Cup with the Black Stars of Ghana in 1982.

The 54-year-old also featured 73 times for the national team scoring 33 times in the process.

According to the Black Stars general captain, even though he was young when Abedi Pele was at his peak but believes no one come close to the man known as the ‘maestro’.

“When I was growing up, Abedi was someone we all looked up to, he was playing the best of footballs in the country and there’s no doubt, he is incomparable,” he averred when he spoke to Kwaku Manu on the “Aggressive Interview”.

“He is the greatest Ghanaian footballer of all time with his style of play.” he added.

Widely regarded as one of the most technically gifted players in Ghana’s football history, the former Marseille attacker became a household name for his incredible dribbling and passing skills.

His unique style of play drew comparisons with Brazilian legend Pele. Abedi made his name in France after guiding Olympique Marseille to UEFA Champions League glory in 1993.