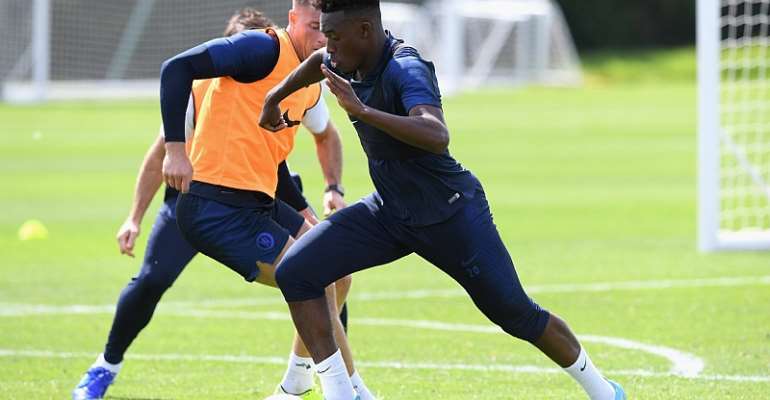 Striker Callum Hudson Odoi has expressed his satisfaction after returning to Chelsea training on Tuesday morning.

The English born Ghanaian international has been nursing an injury he suffered since April during a Europa League game at Stamford Bridge.

The 18-year-old winger looked bright alongside with his team-mates as preparations began for our trip to Norwich City on Saturday lunchtime.

And after his recovery, the Ghanaian youngster has expressed his delighted after returning to training.

Frank Lampard reported prior to the weekend draw with Leicester City that the forward was doing well in his recovery from the Achilles injury suffered back in April.

‘He’s getting closer,’ said the boss. ‘He’s trained the last week or two with the Under-23s and is looking good. There is going to be a period of conditioning work for him. The injury looks good, which is the great news.’