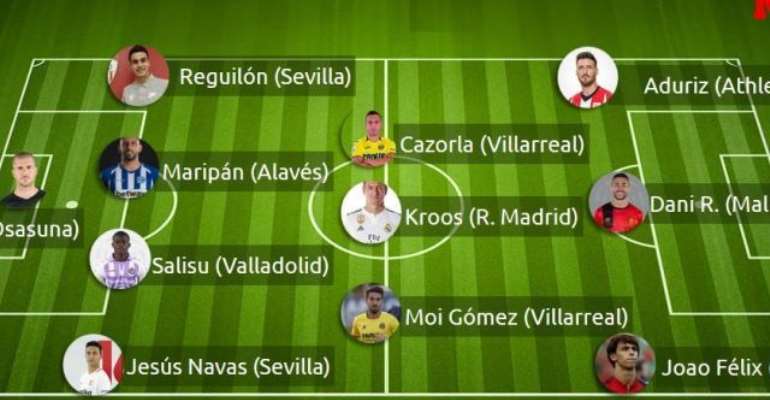 Following a successful end to the opening weekend of the Spanish La Liga, Ghanaian international Salisu Mohammed has been included in Marca’s team of the week after helping Real Valladolid beat Real Betis.

The youngster impressed in pre-season for the newly-promoted side and was handed a start by head coach Sergio Gonzalez in their first match of what will be a very long campaign.

Now 19 years old, Salisu showed maturity at the back alongside his defensive partners to ensure they kept the opposing attackers at bay. Though they conceded one, Real Valladolid managed to score two earned them an important victory at the end of the match day.

He joins the likes of Maripan, Reguilon, and Jesus Navas in the defensive setup of the Marca team of the week for the opening weekend of the Spanish La Liga.

Ahead of the newcomers fixture against Real Madrid at the Santiago Bernabeu next weekend, Salisu Mohammed could feature if manager Sergio Gonzalez keeps him in his lineup.