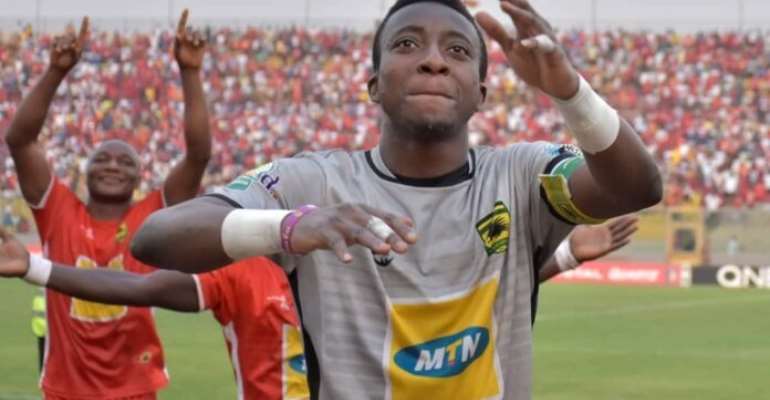 Kotoko captain, Felix Annan has called on the fans to create an atmosphere similar to the one that inspired the team during 2018/29 CAF Confederation Cup campaign last season.

The Porcupines Warriors must overturn a 3-2 deficit from the first leg to progress to the next stage against Kano Pillars in the return leg of the CAF Champions League.

The Reds went five home games without defeat in last season's campaign, recording two wins in the knockout stage, before having two wins and a draw in the group stage.

Last season’s campaign also saw some of the biggest and loudest crowds at the Baba Yara Stadium.

Ahead of the clash on Sunday, the 24-year-old goalkeeper wants the fans to bring back the euphoria which enveloped the venue last season. He says the fans must come in their numbers and in full voice this Sunday.

“We need the fans now than ever,” said Annan. “At stages like this, we cannot do without their presence and support. One of the reasons we are feared and revered is because of our huge support base and the fact that we can make the Baba Yara Stadium an uncomfortable place,” he told Kotoko Express.

“That is what we want to see on Sunday; the kind of noise that destabilises the opponent. The stadium was packed and also full of noise when we played Kano Pillars in Nigeria,” he continued. “The Sani Abacha Stadium is only 16, 000 capacity while ours is nearly 40,000. We must paint the stadium red, make it noisier to show Kano Pillars that they don’t come close to us in terms of support.”