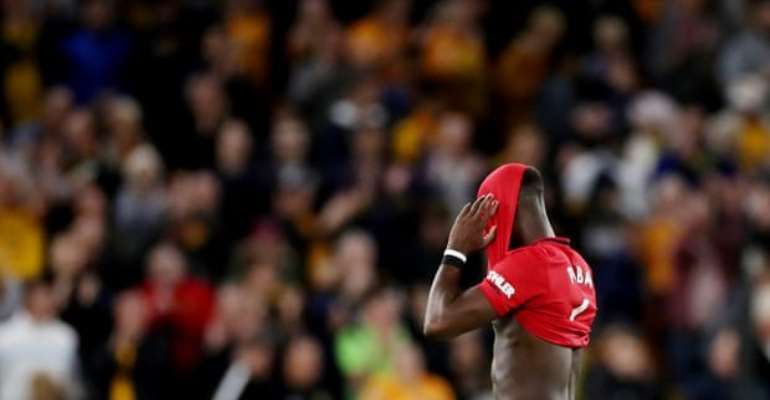 Manchester United midfielder Paul Pogba has become the third player in a week to have racist abuse directed at him on social media following a penalty miss.

France player Pogba, 26, had a second-half penalty saved during United's 1-1 draw with Wolves on Monday.

On Sunday, Reading striker Yakou Meite called out racist abuse sent via social media after his spot-kick was saved.

Blues boss Frank Lampard said he was "disgusted" by the abuse aimed at the 21-year-old England forward and suggested social media companies must do more to stop players being targeted.

Ivory Coast forward Meite, 23, came on as a substitute against Cardiff and missed a 91st-minute penalty.

Others fans quickly condemned the tweets containing racist abuse that were sent to Pogba - who won the penalty he then missed - shortly after full-time at Molineux on Monday.

Some tweets were later deleted while several accounts appeared to have been taken down.

Twitter's terms and conditions say it "takes action against behaviour that targets individuals with hateful conduct".

In July, anti-racism charity Kick It Out produced a report that showed reports of racist abuse increased by 43% last season, with 274 cases compared with 192 the previous season.