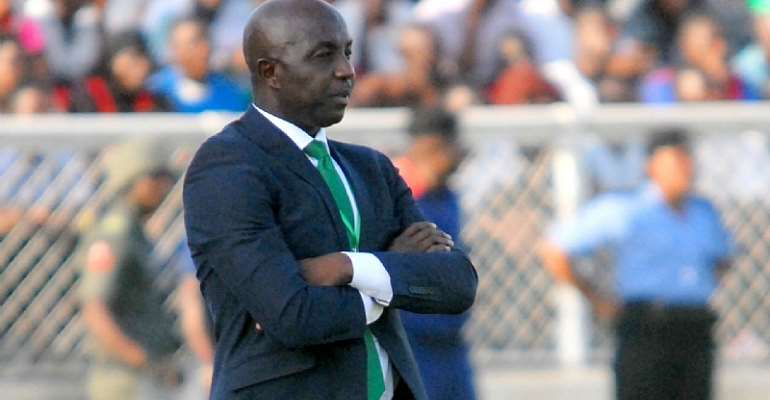 The Nigeria Football Federation (NFF) said on Monday that they were "shocked" by a life ban on former national coach Samson Siasia by FIFA for bribery, vowing to overturn it

Nigerian FA say they will fight to clear Samson Siasia, who coached their team at the 2016 Olympics

After his arrest, Perumal collaborated with investigators.

FIFA's Ethics Committee found Siasia "guilty of having accepted that he would receive bribes in relation to the manipulation of matches in violation of the FIFA Code of Ethics."

Siasia, a striker, played 51 times for Nigeria and had two short spells as national coach.

Acting NFF president Seyi Akinwunmi said in a statement that the FIFA report had been give to the body's lawyers "to study and provide legal advice to the federation," he said, adding that Siasia "gave his all for Nigeria."

"The NFF was shocked to learn of the investigation and subsequent decision by the FIFA Ethics Committee (Adjudicatory Chamber) placing a life ban on Mr. Samson Siasia," said the statement.

"Siasia is a football legend but most importantly he is a Nigerian", he said.

"We respect the FIFA processes", said Akinwunmi but added, "the least we as a Federation can do is empathise with him at this time make ourselves available to him and hope that in some way he is able to clear his name."