Barca’s Dembele Out For Five Weeks With Hamstring Strain 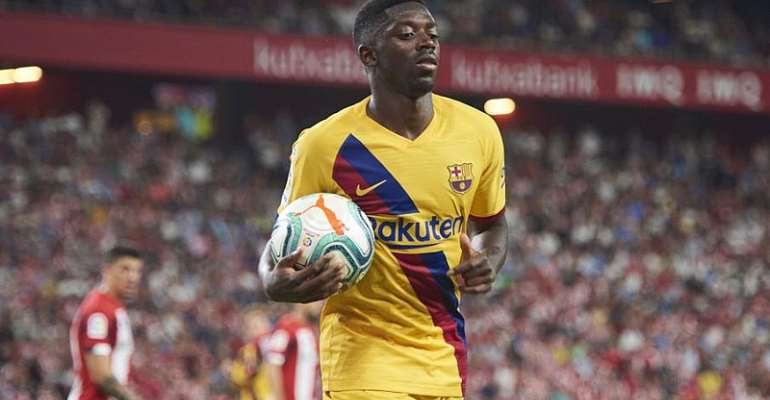 Barcelona’s France forward Ousmane Dembele will be sidelined for about five weeks with a hamstring injury suffered in their defeat at Athletic Bilbao in the La Liga opener, the Spanish champions said on Monday.

“A medical examination on Ousmane Dembele has diagnosed a strain of his left hamstring and the Frenchman is set to be out for approximately five weeks as a result, the club said on their website.

Dembele’s injury layoff is another blow for Barca coach Ernesto Valverde after forward Luis Suarez limped off in the first half of the 1-0 loss away to Bilbao on Friday.

Lionel Messi sat out the match as he recovers from the long-term calf strain that saw him miss the club’s pre-season US tour. Barca host Real Betis in their next Liga game on Sunday.