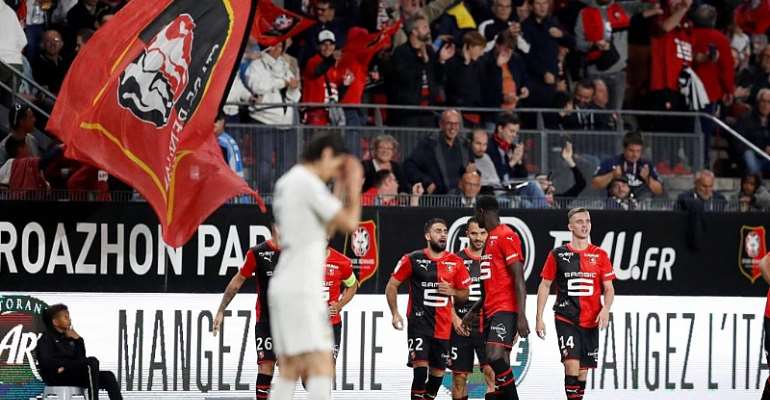 French champions Paris Saint-Germain suffered a surprise defeat away at Rennes on Sunday in a repeat of April's French Cup final.

The centre-back misplaced a pass in his own penalty area, which the Uruguayan reached first to give the visitors a 1-0 lead.

The home side took the lead four minutes into the second half, after Romain Del Castillo headed in 16-year-old Eduardo Camavinga's sublime cross.

"He's been training with professionals for more than six months. He's settled in well with the squad," he told Canal+.

"We've prepared him with the players, the staff and the whole club so he can evolve in the right conditions.”

PSG were without Neymar for a third successive game with the Brazilian attracting growing interest from Barcelona and Real Madrid.

Kylian Mbappe and Cavani had late chances but they could not save PSG's blushes, losing to the side who finished in 10th place last season.

PSG captain Thiago Silva admitted his team lost concentration after a good start to the match.

"It wasn't the real PSG. Rennes played well, they were solid defensively, they were more careful than us," he said.

The Parisians will be hoping to return to winning ways at home to Toulouse at the weekend, while Rennes look to continue their perfect start to the season away at Strasbourg.