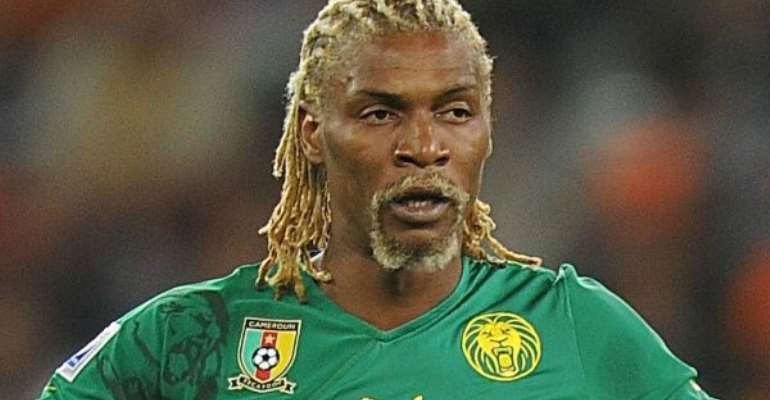 Spain and Barcelona legend, Carles Puyol has hailed former Cameroonian defender, Rigobert Song adding that he was his idol.

When asked for his credentials, the world icon did not hesitate to mention an African football legend, the former Cameroonian international defender Rigobert Song.

According to Puyol, Rigobert Song was the epitome of natural authority on the ground.

“I really admired Rigobert Song, he was a real reference for me. Rigobert exuded an aura and an exceptional charisma. During a match, he could destabilize his opponents by his mere look. I loved him too much (laughs). I still remember his altercation with Oliver Kahn at the 2002 World Cup, where he did not blink and look straight into Kahn’s eyes, it was an impressive moment. You really had to have the nerve at the time to stand up to Oliver Kahn. In fact, Song and I have the same approach to football. We use the mind at 200%, I imagine what we could have done if we had the opportunity to play together. ”

Rigobert Song made 137 national team appearances, the most in his country’s history.

Song is also the only African player to have participated in eight African Cups of Nations, with a total of 36 games played.

He announced his international retirement at a press conference in Yaounde on 1st August 2010 and appointed coach of the national team on February 18, 2016, where he had a short stint with the National team.

I'll Be The Last Person To Derail Ghana's Peace – ACP Agordz...
11 minutes ago