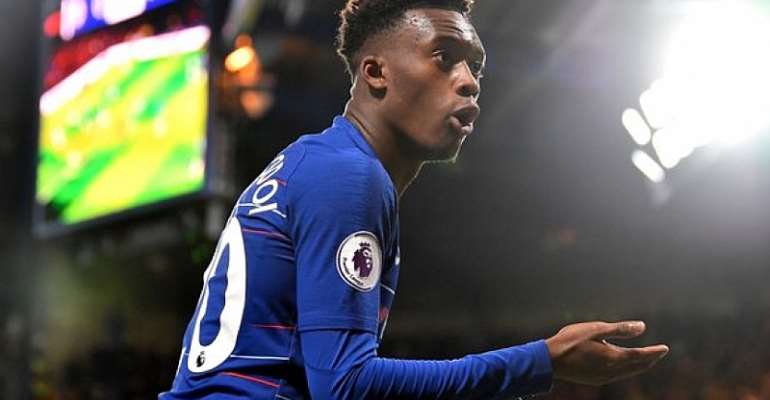 Callum Hudson-Odoi is set to hand Chelsea a major injury boost by returning to first-team action next month.

The highly-rated winger ruptured his Achilles tendon in a Europa League game in April but delighted fans by announcing that he had resumed full training last week.

The 18-year-old was initially set to be kept on the sidelines for six months but Frank Lampard has now revealed he could be back within five.

Speaking in a press conference on Friday, the Blues boss said: “He’s (Hudson-Odoi) getting closer.

“He’s trained the last week or two with the Under-23s and is looking good. There is going to be a period of conditioning work for him.

“The injury looks good which is the great news. Then he’s going to have to be fitter than he’s ever been because I’m going to want him to run!’

When asked when he thinks the England international will be back, Lampard added: “Probably next month considering the international break may be falling at a good time for us.

“It gives us a couple of weeks to really see how he’s getting on with the conditioning training.

“It’s good news for us. It’s slightly gone amiss with the transfer ban and the obsession with young players, but we are missing six players from the squad, including Reece James, big players. As they are coming back it’s going to make us stronger.”