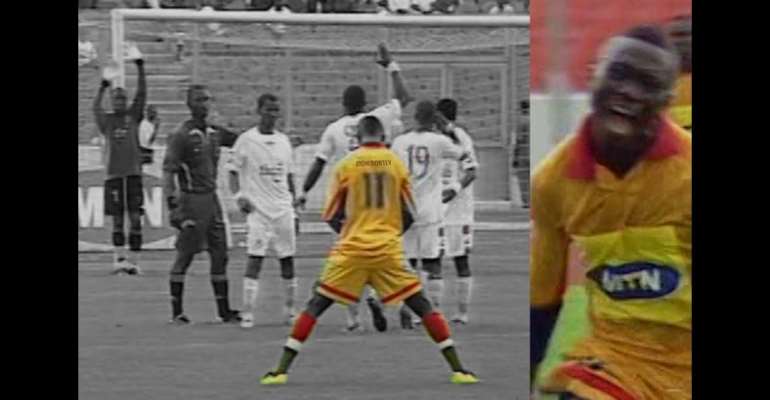 Before the Ronaldo's and Messi's surfaced, there was Bernard Don Bortey 'The Serial Killer'.

In what seems to be the most trending on Social Media, Modernghana.com brings from its archives Don Bortey's free-kick that sank the Porcupines Warriors.

Ten years ago, a lone goal scored by Bernard Don Bortey in the 10th minute was all that Hearts of Oak needed to beat arch-rivals Asante Kotoko in the second match of the GHALCA/MTN Top 4 tournament at the Baba Yara Sports Stadium in Kumasi on Sunday.

JHS Not Increased To Four Years Or Reduced SHS Duration – Na...
12 minutes ago

We've Been Begging To Survive Over Closure Of Our Shops – N...
12 minutes ago