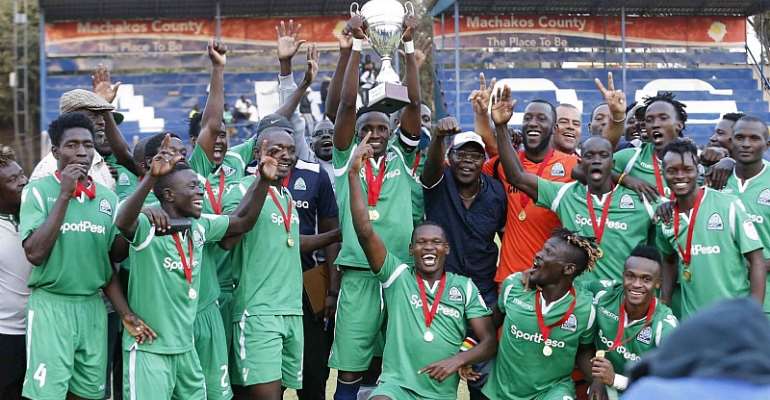 The lone goal of the match was netted by Lawrence Juma in the second half.

Bandari were unlucky not to have broken the deadlock in the 13th when an unmarked Collins Agade blasted the wide Shaban Kenga’s corner from close range.

Gor replied to the early goal threat through Kenneth Muguna who has also headed wide from Juma’s freekick. Minutes later, the new skipper watched his left feet shot from the edge of the box end in the hands of Michael Wanyika who also denied Francis Afriyie.

Bandari right back Nicholas Mejja was the first player to be booked in the match and in the first half following his challenge on Clifton Miheso. He was joined in Peter Waweru’s book by Gor’s Tobias Otieno who was cautioned for a late tackle on Yema Mwama.

The two teams lacked the cutting edge in the final third and hence broke for the breather pegged on a 0-0 scoreline.

After the restart, Bandari coach Bernard Mwalala introduced Abdalla Hassan for David King’atua while Kenga was replaced by Benjamin Mosha.

Gor coach Steven Pollack, on the other hand, made double changes throwing in Nicholas Kipkirui for Afriyie as Kennedy Otieno came in for Samuel Onyango.

The new changes on either side brought the missing links and vigour in the first half with Gor getting the opener through Juma, who riffled through a handful of Bandari defenders after a superb interchange between Muguna and Miheso.

Gor were reduced to ten men in the 78th minute after Otieno was sent off for a second bookable offence.

Despite the numerical disadvantage, Gor held on till the final whistle to reclaim the cup.