Atletico Get The Win In Fiery La Liga Opener 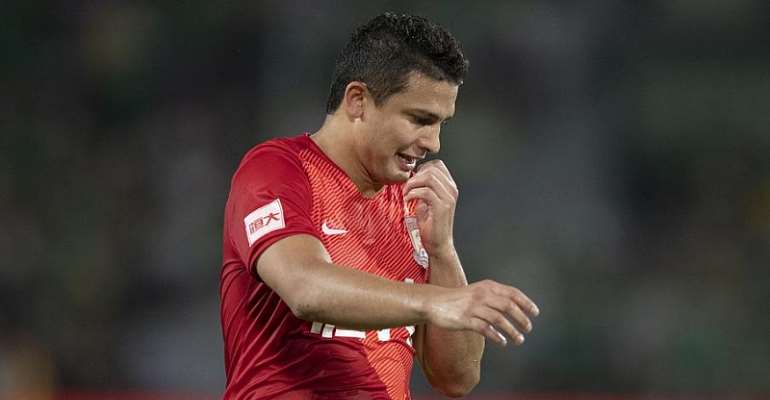 Alvaro Morata headed in a sumptuous Kieran Trippier cross to ensure a new-look Atletico Madrid beat Getafe 1-0 on Sunday and made a winning start in La Liga.

Trippier looked right at home at the Wanda Metropolitano when his bending ball was nodded in by Morata before two red cards in four minutes, one for each team, made it 10 against 10 before halftime.

Getafe striker Jorge Molina and Atletico left-back Renan Lodi were the players sent off and then Morata missed a penalty, earned after a mesmeric run from Joao Felix, Atletico’s 126 million euro signing from Benfica.

It was enough for Felix to depart to a standing ovation and Atletico held on, even if this was perhaps not the statement opening to the season that Diego Simeone might have hoped for.

LIFE AFTER GRIEZMANN
After losing Antoine Griezmann to Barcelona, Atletico have spent close to 250 million euros this summer, just over half of that on Felix, whose electric run lit up an otherwise rather disjointed contest.

The 19-year-old is supposed to be the heartbeat not only of a new team but a different style too, one that is more attractive to watch and that could even pip Barcelona and Real Madrid to the title.

But Getafe were stubborn opponents, showing again why they finished fifth last season, only narrowly missing out on a place in the Champions League to Valencia on the final day.

Felix aside, Atletico’s other debutants impressed, including Lodi, before he was sent off, and Trippier, the first Englishman to play for Atletico since the Spanish Civil War and 20th in the history of the Spanish top flight.

The former Tottenham defender’s pin-point cross was the highlight of a confident performance that earned regular praise from the home fans.

The early signs were encouraging as Trippier and Lodi pushed high and wide, like wingers, and the former almost played Koke in with a superb first-time pass.

Felix showed some nice touches and his teammates were quick to protest on his behalf after Leandro Cabrera barged him over.

Trippier was the team’s best outlet and Atletico might have scored had he managed to pick out either Felix or Morata in the middle after a brilliant pass from Saul Niguez.

He had another chance moments later though and this time Trippier was more precise. A bending cross from the right allowed Morata to head in and Trippier enjoyed the celebrations, rousing the crowd on his way back and accepting a huge roar in return.

Getafe had struggled to find a way into the match but two red cards in four minutes threatened to shift the balance.

WHAT THE VAR?
First, referee Cuadra Fernandez turned a yellow card into a red for Molina after consulting VAR, the striker catching Thomas Partey late down the back of his heel. Then Lodi was handed a second yellow for planting his hand in the face of Damian Suarez.

Atletico dropped Saul into left-back before Felix was sacrificed later in the second half, Mario Hermoso coming on for his debut where Lodi had started.

But not before Felix produced the most exhilarating moment of the match, for which an otherwise rather muted debut will be remembered.

Collecting the ball in his own half, he slid past one Getafe opponent, nutmegged another and then weaved through two more. After motoring 30 yards, he was finally brought down by Bruno for a penalty, the fans cheering as if they had seen a goal.

It should have been worth one but Morata’s shot was pushed wide by David Soria and Getafe remained in touch.

Getafe kept it close and Morata should have made it two when sent through in injury-time. One was enough.