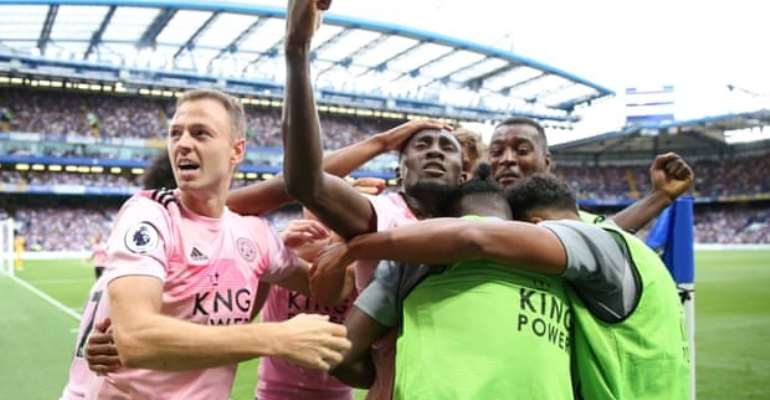 Chelsea took the lead when 20-year-old midfielder Mason Mount scored a memorable first goal for the Blues after robbing Ndidi of possession just outside the Foxes penalty area before beating Kasper Schmeichel with a low drive.

Lampard's side started with real intent, Spain forward Pedro volleying into the side-netting and France midfielder N'Golo Kante denied a goal against his former club by Christian Fuchs' fine challenge either side of Mount's goal.

Leicester were much better after half-time and secured the point their second-half dominance warranted when Nigeria midfielder Ndidi got between Spain right-back Cesar Azpilicueta and France defender Kurt Zouma to head in from a corner.

Both teams remain without a win, with Leicester on two points from two games, one more than Chelsea.