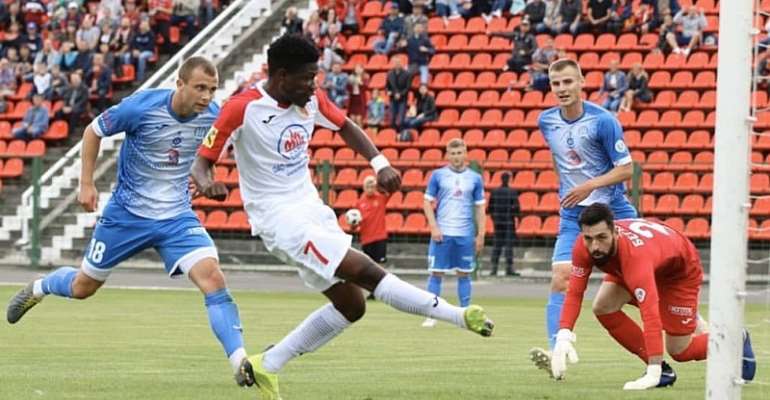 Ghanaian international, Francis Narh emerged as the hero on Saturday afternoon for Slavia Mozyr as they beat Dnyapro-MCHZ 1-0 in the Belarusian Premier League.

The attacker recently completed his move to the side on a free transfer and is bent on making a mark throughout the remainder of the top-flight league in the European country.

He was handed a start for Slavia Mozyr on the match day and scored the only goal of the match to secure all three points for his club to enhance their standings on the league table.

Francis Narh, 25, took advantage of a fine opportunity and clinically fired home his first goal for the club on the 16th minute before going on to put an impressive display that earned him the man of the match accolade.

The former Club Africain attacker has already featured four times for the club and will continue to play a key role for the side as they bid to challenge the teams higher above them on the league table.

Meanwhile, fellow Ghanaian Dennis Tetteh was replaced in the 84th minute of the game.