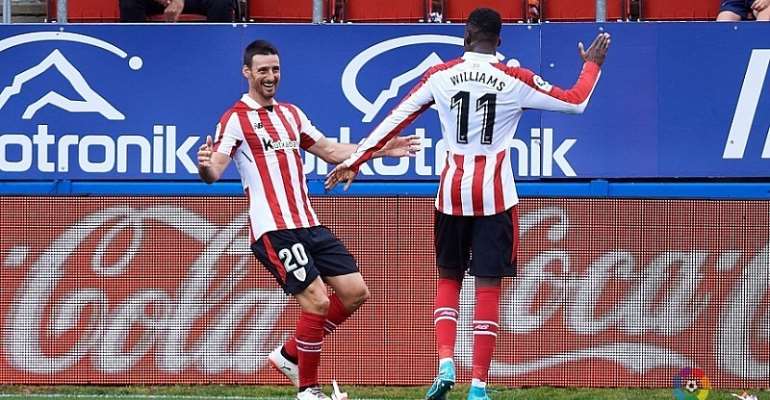 After scoring the decisive goal against Barcelona in the La Liga curtain-raiser, Iñaki Williams is hoping veteran striker Aritz Aduriz scores many goals before he finally retires from the club.

The former Spanish forward replaced the 24-year-old forward in the 83rd minute and proved to be decisive.

Aduriz scored a stunning bicycle kick to give the Lions a deserved 1-0 win over the reigning La Liga champions on Friday.

“The team has been incredible in a very intense and tight match”, Williams said after the game.

"We managed to stay alive until the end of the game and then our goal man come on and nailed it. I’m very happy for Adu. It’s his last year and I want him to say goodbye with as many goals as possible.

“The fans have been spectacular, we’ve been supported for 90 minutes” continued the striker.

“I wish we could take these fans everywhere. When we are together things are much easier. This victory reinforces us, gives us confidence, and we are on our way to achieving great things.”

Aduriz has already announced he is retiring at the end of the season after a career spanning 20 years.

With three important points in hand, the Lions will travel to Getafe next weekend with hopes of building on their strong start.