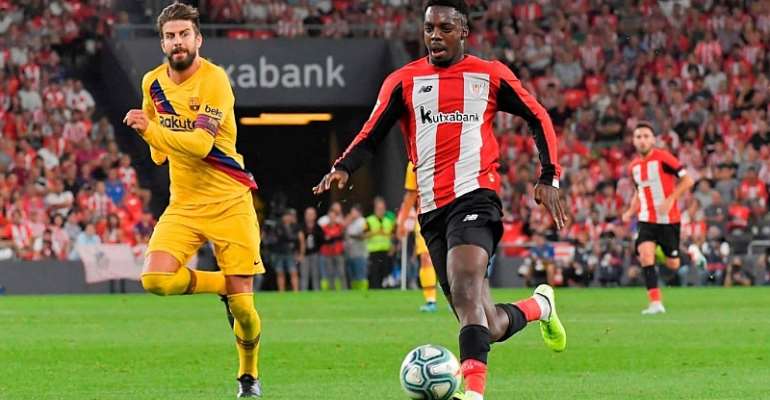 The 24-year-old covered 10.2 kilometres in the first half of the game on Friday night until he was substituted in the 87th minutes.

On an average, players are to run 9 kilometers during match days.

Williams came close in breaking the deadlock in the 6th and 16 minutes of the game.

A stunning late goal from veteran striker Aritz Aduriz in the 89th-minute secured a 1-0 win for Athletic Bilbao in Friday's La Liga opener.

The former Spanish striker threw himself into the air and acrobatically volleyed past Marc-Andre ter Stegen to earn Athletic Bilbao a first league win over Barcelona since 2013.

Williams recently signed a nine-year deal with the La Liga side until 2028.

The promising forward was heavily linked to Manchester United in the summer transfer window as a replacement for Romelu Lukaku who joined Inter Milan.

Athletic Bilbao will play away to Getafe on Saturday, August 24.