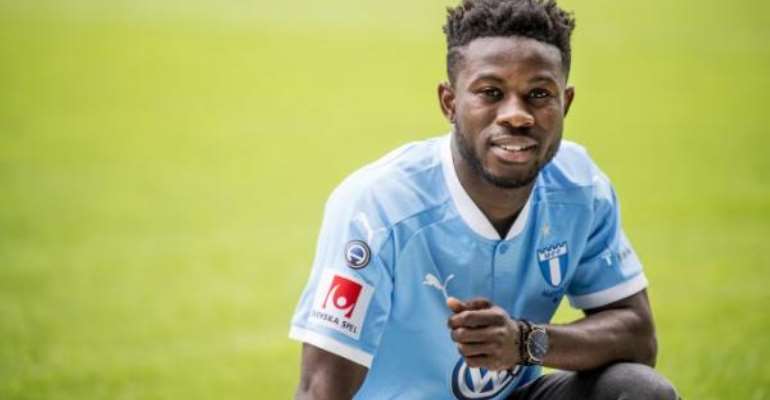 On Friday, reports emerged that the Ghana Premier League side have sealed the signing of the talented midfielder who is currently in jail in Sweden for rape a charge he vehemently disputes.

However, the Public Relations Officer of the club, Kennedy Boakye-Ansah has rubbished the reports insisting that they have rather recruited former Wa All Stars player Kingsley Effah.

“It is never true Kotoko have signed Kingsley Sarfo formerly of Malmo FF in Sweden but it's Kingsley Effah formerly of Wa All-Stars", he stressed.

A Swedish court sentenced Kingsley Sarfo to 32 months in prison after the Ghana international was found guilty of two cases of statutory rape of an under-aged girl.

The Malmo District Court said the 23-year old Sarfo, a midfielder with top Swedish club Malmo FF, had sexual intercourse with a 14-year-old girl in an apartment and in a public toilet.

The court also ordered Sarfo to pay 150,000 kronor ($17,260) in compensation to the girl, adding he should be deported after jail and banned from returning to Sweden for a 10-year period.