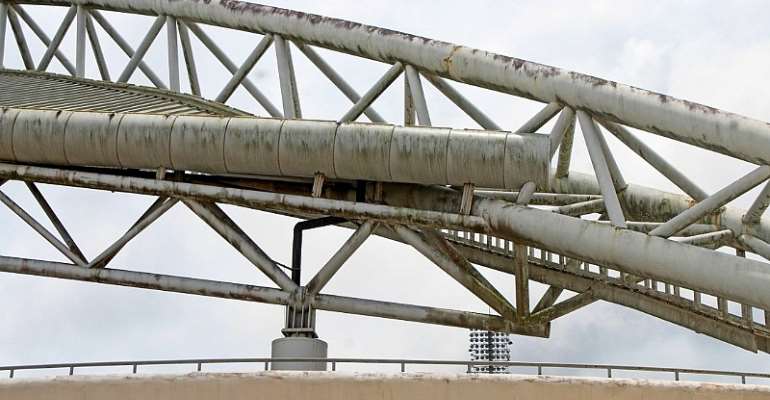 A post on the Facebook Page of the Minister for Youth and Sports, Hon. Isaac Asiamah, with pictures, talks about a delegation he led to “Inspect the Cape Coast Sports Stadium on Friday, August 16 to mark the commencement of refurbishment works on key areas of the facility”.

According to the publication, apparently authored on behalf of or by the Minister himself, “The maintenance agreement signed between the Chinese and Ghanaian Governments also includes a training [programme] where some Ghanaians would be skilled as permanent staff on the ground to maintain the facility and the country’s other sporting infrastructures”.

Hon. Isaac Asiamah proceeds to express Ghana’s gratitude to the Chinese Government for their support, while pointing out that, “A rigorous maintenance culture will forestall the rapid infrastructure deterioration we have witnessed in the past” in Ghana. While I read the Minister’s Facebook post, two things engaged my mind.

In June, the Director-General of the National Sports Authority, Professor Peter Twumasi, speaking on behalf of Hon. Asiamah at a forum of 120 leading actors in the sports industry in the Western Region, stated that rehabilitation works at the Essipong Stadium has been catered for in the new six-year Ghana Sports Renaissance plan. It, however, did not say when the works will actually start.

The renaissance plan was expected to be launched in July, according to a Ghana News Agency report I read. I do not know whether indeed the plan was launched. What is clear however is that every day, the corrosion and general deterioration of the Essipong Stadium enters a different phase. That is why our sports authorities ought to be reminded that, the more we wait to breathe life back into the dying Essipong facility, the greater we contribute to its ruin.

There is no question about the Government’s commitment to develop sports infrastructure. I have my difficulties with Hon. Asiamah over the utterly incongruous 2019 AFCON expenditure, not budget, whose details we still have not seen or do not have. But, like or loathe him, the Minister, with the construction of youth centres nationwide, is spearheading a project that will surely give sports infrastructure in the country a decent facelift.

Will the maintenance approach to these youth centres, when completed, be like that of the Essipong Stadium? I said earlier that, the commencement of repairs at the Cape Coast Stadium is positive. We should not wait until it rots before we assemble tools for rehabilitation. I, therefore, make a passionate appeal to the Hon. Minister to turn his eye to the Essipong Stadium.

We enjoyed its usage in 2008 and the few years that followed. Now with its torn, decaying roofing; broken seats, wrecked electrical fittings and mould-infested stands; the Essipong Stadium looks like a decrepit, run-down structure, which sadly tells a story, perhaps about the state if sports not just in the Western Region but in the entire country. It is unacceptable.