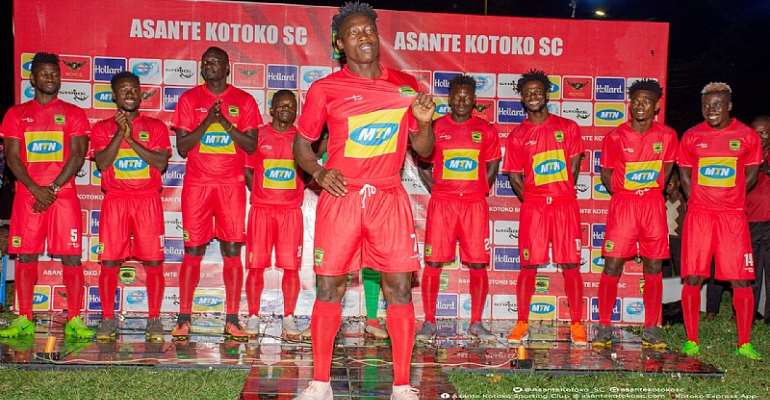 Communications Director of Asante Kotoko, Kennedy Boakye Ansah has confirmed that his outfit earned a whooping GH¢130k from their kits unveiling at the Manhyia Palace on Friday.

The Ghana Premier League side on Friday unveiled their new STRIKE home and aways kits at the Menhyia Palace Garden after signing a three-year partnership deal with the Portuguese manufacturing firm last season.

The Reds sold replicas at the event which took place at the Menhyia Palace, with the representatives of the club Patron Otumfou Osei Tutu II in attendance.

Speaking to Kumasi based Ashh FM, Mr Boakye Ansah revealed that his outfit sold replicas and earned an amount of GH¢30,000.

“We thank God for such a wonderful and beautiful unveiling yesterday at the Manhyia,” he said.

“We thank our wonderful supporters and all those who came to support the unveiling.

The Strike partnership deal is one of the best kit sponsorship deals the Porcupine Warriors have crapped in recent years.