Lacazette And Aubameyang Give Arsenal The Edge Over Sturdy Burnley 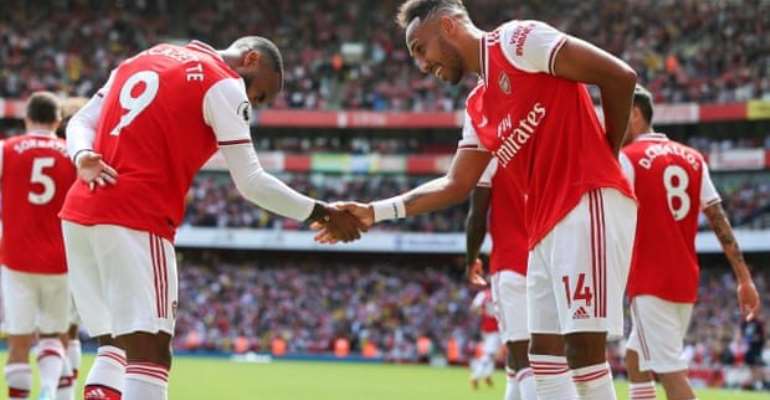 Arsenal moved to the top of the nascent Premier League table after a 2-1 lunchtime victory over a spirited Burnley team at the Emirates Stadium.

The win keeps up the momentum for Unai Emery’s side after their opening weekend victory in Newcastle. Arsenal were frustrated by Burnley’s high-intensity harrying in the first half but took over the game in the second half to claim a deserved victory.

Strikers Alexandre Lacazette and Pierre-Emerick Aubameyang were both on target for Arsenal, either side of a third strike of the season for Ashley Barnes.

Dani Ceballos had a hand in both goals for Arsenal and excelled in the centre of midfield. Another new arrival, Nicolas Pepe, had a promising second half as Arsenal found their rhythm. Emery will have a lot to consider when selecting his team for the trip to Anfield next week.

Although the defeat will frustrate Sean Dyche there was enough promise in Burnley’s first half performance to give them confidence for the rest of the season.