Kotoko Sign Kingsley Sarfo After His Release From Prison 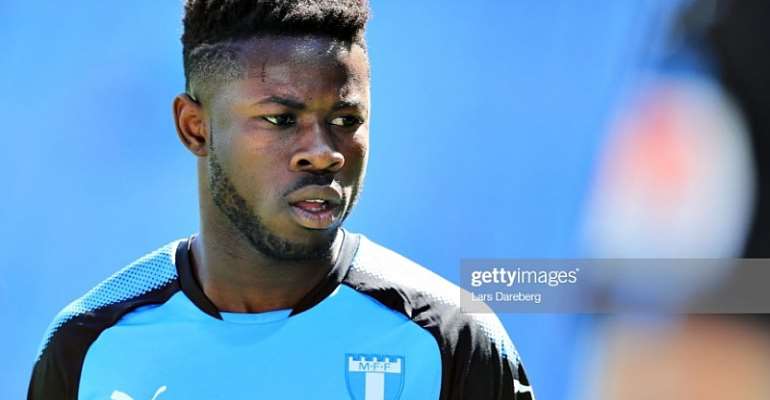 Kumasi Asante Kotoko have confirmed the signing of Malmo FF midfielder, Kingsley Sarfo in the ongoing transfer window after he was released from Jail in Sweden.

The talented midfield dynamo joined the Porcupine Warriors on a free transfer after being deported to Ghana from Sweden.

"We have signed Kingsley Sarfo for the new season. He is now part of our team" Lawyer Sarfo Duku told Nhyira FM's Bright Yeboah Taylor.

In June 2018, he was sentenced to 2 years and 8 months in Sweden after he was found guilty of raping a girl.

The 24-year-old was part of the players unveiled by the club on Friday evening in Kumasi.

Sarfo made his debut for the senior national team of Ghana during the 2018 FIFA World Cup qualifiers.