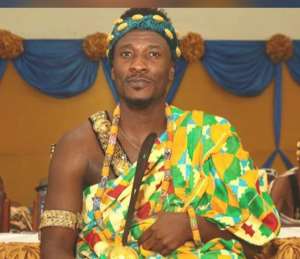 The former Kayserispor forward is one of the best strikers the continent has ever produced and has contributed immensely to the national team.

The 33-year-old remains the most capped Ghanaian player and also holds the record as the highest-scoring Black Stars player with 52 goals to his credit.

Don Bortey, a former playmate of Gyan has eulogized the former Sunderland and Liberty Professionals forward for his generous and outstanding contribution to Ghana.

“I liked Asamoah Gyan when he came to the Black Stars so I wanted him to be my roommate. From there we became very close and he supported me when I did an advert for Robbiton. We shared the money together,” he said on the Summer Show.

“So anytime Asamoah Gyan comes to Ghana he gives me something, even when he is not in the team he tried to give it to any member of the team to give to me.

“I can never say anything bad about Asamoah and anytime I hear people saying things bad about him I become sad because I feel they don’t really know him.

“And I think Asamoah Gyan has done a lot for Ghana we have to get a statue for him.”

Bernard Don Bortey and Asamoah Gyan played together in the Black Stars team between 2003 and 2005.