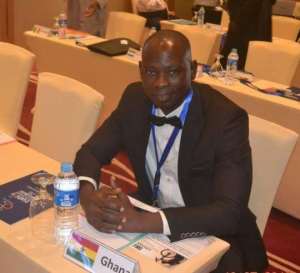 The National Sports Authority (NSA) has announced that Mr. Bawah Fuseini, is no more the Secretary-General of the Ghana Athletics Association (GAA).

The GAA has scheduled to hold its Elective Congress on Saturday, August 17, in Tamale and the NSA has disassociated itself from the upcoming the elections.

A statement from the Public Relations Unit of the NSA and copied and copied to the Northern Regional Sports Directorate, said the NSA has not sanctioned the Election and had no hand in the event.

“We want to put on record that Mr. Bawah Fuseini is no longer serving as the Authority’s Representative to the Association, following his new appointment and assignment to Triathlon Association,” it said.

It added that Mr Rafik Arthur is now the new Representative of the National Sports Authority to the GAA.

It was also made known at the last GOC congress held at the AMA hall at Kinbu that Bawah is no longer the Secretary of the GAA, but now with the Ghana Triathlon Federation.