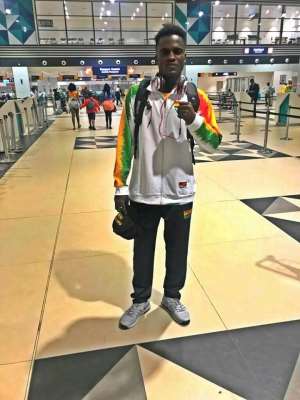 The road to Rabat, Morocco for the 2019 African Games has not been smooth for the national boxing team, the Black Bombers but individually they are determined to make name and history for themselves and the nation.

Before leaving one of the most experienced boxers Abdul Wahid Omar who was the only boxer to represent Ghana at the Rio Olympic Games in Brazil in 2016 said he believes Ghanaian boxers will do well at the Games.

The former skipper of the team said all the 10 boxers are focused and have targets.

He said maybe he is going to turn professional after the Games, so he has to make history.

Wahid has set his eyes on making it to another Olympic Games in 2020 in Japan, but it has not been easy.

He said if God helps him to make it to the medal zone, he would be very glad, however, he wants to win gold.

Coach Kwesi Ofori Asare believes in this boxer and thinks he is one of the potential medal winners.