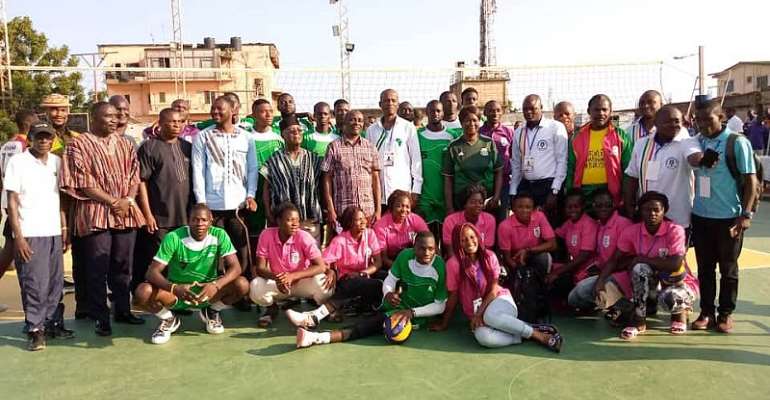 The National Volleyball Teams emerged first in male and female categories at the just ended Africa Zone 3 International Tournament which took place at the Lebanon House in Accra from 2nd to 9th August, 2019.

The leadership of Ghana Volleyball presented their trophies to the Director General of the National Sports Authority (NSA) at the Accra Sports Stadium.

Volleyball, a sport that Ghana is doing very well was dropped from the African Games scheduled for Morocco.

“Victory after hard work is so sweet” said the general captain of the Black Spikers after lifting the magnificent Cup at the end of proceedings. CAVB Zone 3 Nations Cup was the competition, 11th edition and 11 teams participated.

Paul Atchoe, president of the Ghana Volleyball and the Zone congratulated his players and sponsors who supported the event.