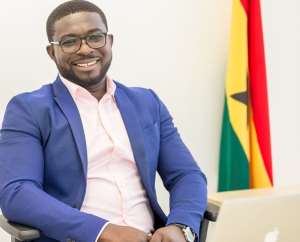 The Deputy General Secretary of the ruling New Patriotic Party (NPP), Lawyer Obiri Boahen has thrown weight behind Nana Yaw Amponsah as he believes he is the ideal man to lead Ghana Football Association (GFA).

He faces tough personalities like Kurt Okraku, Osei Kweku Palmer, George Afriyie, Kudjoe Fianoo among others who have all declared their interest in steering the affairs of football in the country.

In an interview with Bryt FM, Obiri Boahen said, “Nana Yaw Amponsah is the best man to be the next GFA president because of his integrity” he said.

“Nana Yaw Amponsah is far better than George Afriyie. And I think he can improve our game with regards to the knowledge he has in football management,” he ended.

Nana Yaw Amponsah's Phar Rangers regained their status as a Division One League Club after winning their case against the GFA following a court of Arbitration for Sports (CAS) ruling.

The GFA presidential elections have been slated for September 27, 2019.