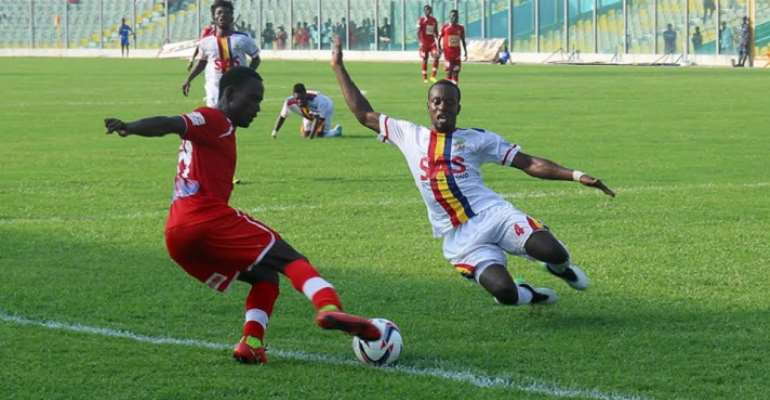 Asante Kotoko and Hearts of Oak will receive a whopping GH¢100,000 as an appearance fee, ahead of their impending 2019 President Cup.

According to media reports, the two most glamorous club in the country will receive the said amount should they agree to honour the game.

Last year, the match played in honour of the sitting president of Ghana did not hold. But organizers, the Ghana League Club Association (GHALCA), have made arrangements to have it come off this time on Sunday, September 8, 2019.

It is further understood that the Baba Yara Sports Stadium has been earmarked to host the 2019 President’s Cup.

However, Hearts sources indicate the club’s management is angling for the match to be honoured in Accra instead.

The last President’s Cup match was played in 2017 and between these two sworn rivals. It was Kotoko who emerged victors via a 4-1 penalty shootout win in Kumasi.

That edition had to be played twice after the Sunday, July 2 fixture got rained off with the core levelled at 1-1 after 67 minutes.

The replay held the following day ended barren in regulation time before the Porcupine Warriors won on penalties.