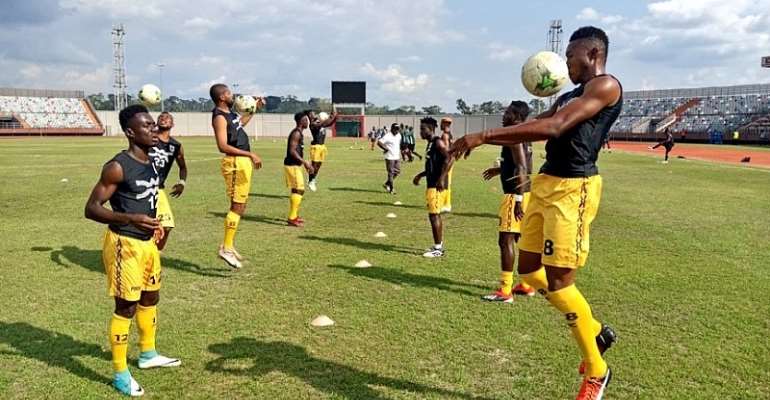 Ghana’s representatives for this year’s edition of the CAF Confederations Cup, Obuasi Ashanti Gold has been handed a huge squad boost with the return of attackers Appiah McCarthy and Amos Nkrumah from injury ahead of their second left fixture in the preliminary round against Akonangui FC.

The Miners missed the services of the two players through injuries but managed to secure a 1-1 result in the first leg when they traveled to Equatorial Guinea last weekend.

With the return leg set to decide who progresses into the next round of the inter-club competition, the Ghanaian club has received some piece of good news with Appiah McCarthy and Amos Nkrumah recovering from a knee injury and a boil infection respectively.

A statement posted on the club’s official Twitter handle confirmed the news whiles stressing that they have a full squad for the upcoming fixture with the exception of Julius Ofori Ziggy who has a mild eye infection.

“Appiah McCarthy and Amos Kofi Nkrumah have recovered from a knee problem and a boil respectively”.

“All other players are in good condition”, a statement from the management of the Miners read.

The crucial game between Ashgold and Akonangui will be played on Saturday, August 24, 2019, at the Len Clay Sports Stadium.