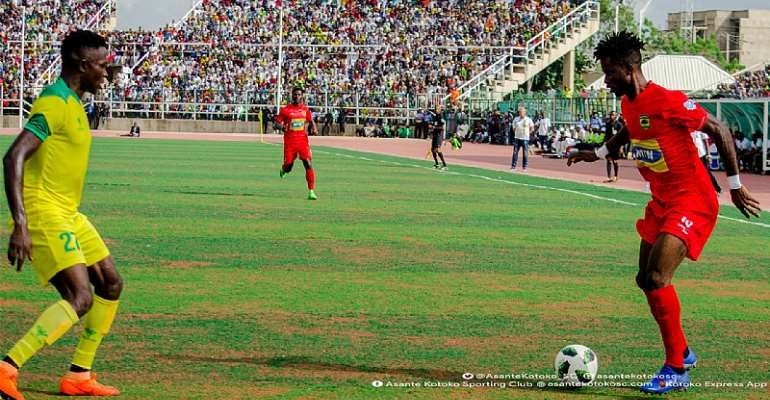 Kumasi Asante Kotoko has unveiled the ticket prices for their CAF Champions League first qualifying round second leg encounter against Kano Pillars at the Baba Yara Stadium on Sunday, August 25, 2019.

The Kumasi based side announced the prices on Wednesday as they continue their preparations for the deciding fixture.

The regular ticket is going for GHȼ15 with the center-line being sold for GHȼ20 per seat. In addition to that, the VIP stand will be selling for GHȼ50 on the match day.

The management of the Porcupine Warriors has also revealed the match tickets will only be available at the Baba Yara Sports Stadium on the day of the match with the Stadium expected to be opened for business by 10:00GMT prompt.

The Kumasi based club will be hoping to overturn the 3-2 defeat they suffered when they traveled to Kano for the first leg against the Nigerian giants. 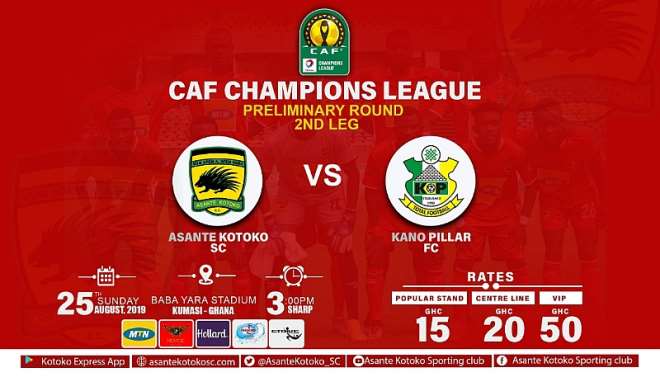