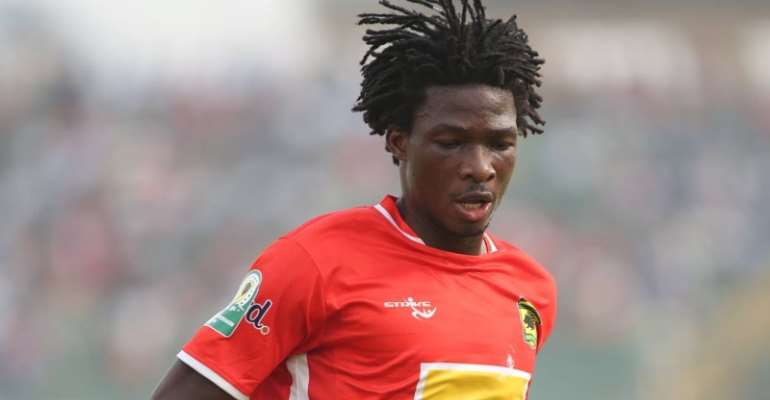 Striker Songne Yacouba has reportedly expressed desire to extend his contract with Kotoko after apologizing to the club for his wrong behaviour.

The Burkinabe had a fallout with the Club officials after pushing for a move away from the club for the past months.

Media reports suggest that lanky forward tendered in a transfer request after receiving offers from South African side Orlando Pirates as well as Al Hilal of Sudan, a move which seemed to have hit the rocks.

The Porcupine Warriors had hopes to command a $150,000 fee from suitors who showed interest in the player.

Yacouba has since disassociated himself from the Club refusing to report to training for the past weeks.

According to a report by Kumasi-based Oyerepa FM, management of Kotoko issued out a warning to the player for showing gross misconduct and asked for an explanation as to what led to his strange behaviour towards the Club.

However, the former Stade Malien man in a reply apologized for his actions and made himself available for a contract renewal should the Club decides to extend his stay.

Yacouba, who has already lost love from the Kotoko faithful has a running contract with the Ghanaian giants until April 2020.

He could be available for the Club when they take on Nigerian side Kano Pillars in the return leg of the CAF Champions League having been registered for the competition.