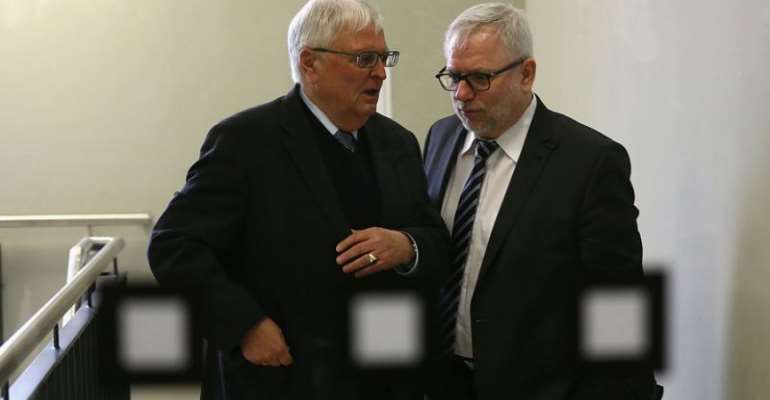 Former German soccer federation president Theo Zwanziger has again declared his innocence over a 6.7 million euros ($7.5 million) payment made before the 2006 World Cup.

Zwanziger held a press conference Tuesday to say he had filed a criminal complaint against Swiss prosecutors in response to the charges of fraud filed against him and three others last week.

Proceedings against Franz Beckenbauer, who headed Germany’s 2006 World Cup organizing committee, are being conducted separately due to health reasons.

The Swiss attorney general’s office says the payment was falsely declared in 2005 as being for a World Cup opening gala and was used instead to settle a personal debt over money that was channeled in 2002 to a Qatari company belonging to Mohammed Bin Hammam, then a member of FIFA’s Executive Committee.

Bin Hammam was banned from soccer for life in 2012.

Zwanziger also denied charges of tax evasion made against him, Schmidt and Niersbach by a prosecutor in Frankfurt.