Kasim Nuhu To Feature For Düsseldorf In Bundesliga Opener Against Bremen 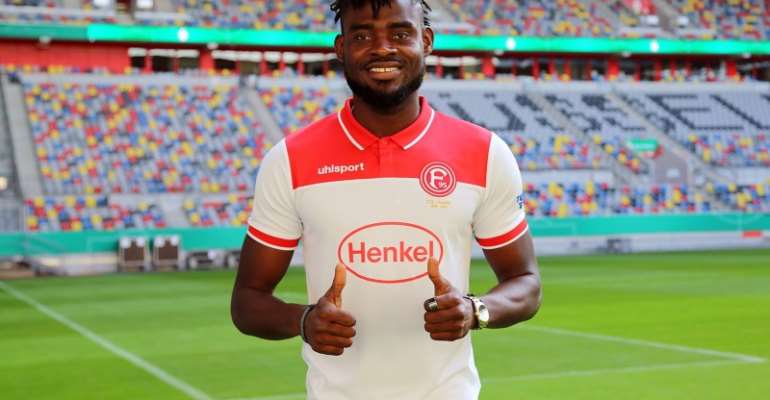 Ghanaian international, Kasim Nuhu is set to mark his competitive debut for Fortuna Düsseldorf when they face Werder Bremen in the opening weekend of the German Bundesliga this Saturday.

The Black Stars defender recently completed a loan move to Düsseldorf ahead of the 2019/2020 season and has picked up in training ahead of the opening fixture of the upcoming campaign.

Having impressed at training last week, the center-back was handed his first start for his new club when they engaged lower division side TSV Bochum yesterday. His impressive showing at the back helped the to beat their opponent 7-0 as they wrapped up their warm-up matches for the league opener.

Kasim Adams, 24, is highly rated and will be key for Fortuna Düsseldorf throughout the season.

He is one of three Ghanaian players that look set to play a part for the side when they play as guests to Werder Bremen this weekend. Bernard Tekpetey and Kevin Ofori are the other two others that could be handed starts for the Bundesliga outfit.