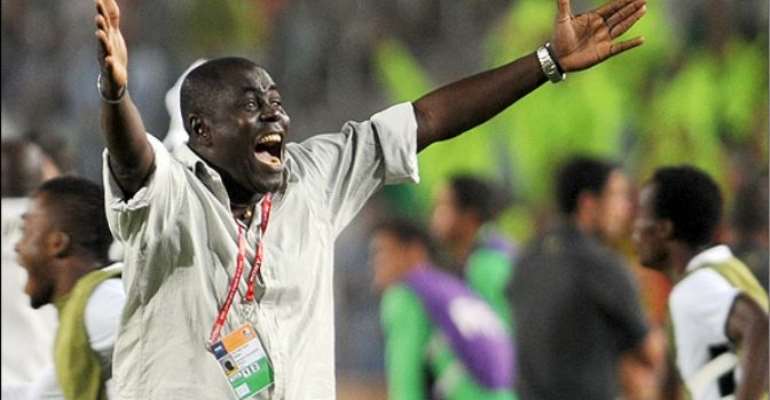 The Government of Sierra Leone has rejected the appointment of Sellas Tetteh as the head coach of the Leone Stars.

The Sierra Leone Football Association confirmed the appointment of the Ghanaian trainer as their new head coach on Tuesday.

A SLFA statement reads: “After a thorough interview process by the Sierra Leone Football Association Head Coach Recruitment Committee and based on scores earned by the various candidates, the Executive Committee of the Football Association wishes to announce to the general public and the football family the appointment of Mr. Sellas Tetteh Teivi as the Head Coach of the National Senior Team (Leone Stars).”

“The newly appointed coach is expected to assume office and take up his duties within the next 48 hours.”

“Please know that it is the responsibility of Mr. Tetteh, as Head Coach, to appoint his backroom coaching staff.”

The FIFA U-20 World Cup winner beat off competition from other shortlisted coaches including Goran Stevanovic, Peter Butler, Tahseen Jabbary and Keister who won the 2019 Sierra Leone Premier League with East End Lions.

But the government has rejected the appointment insisting the process to appoint a new gaffer was incomplete.

Below is the full statement by the country's Director of Sports. 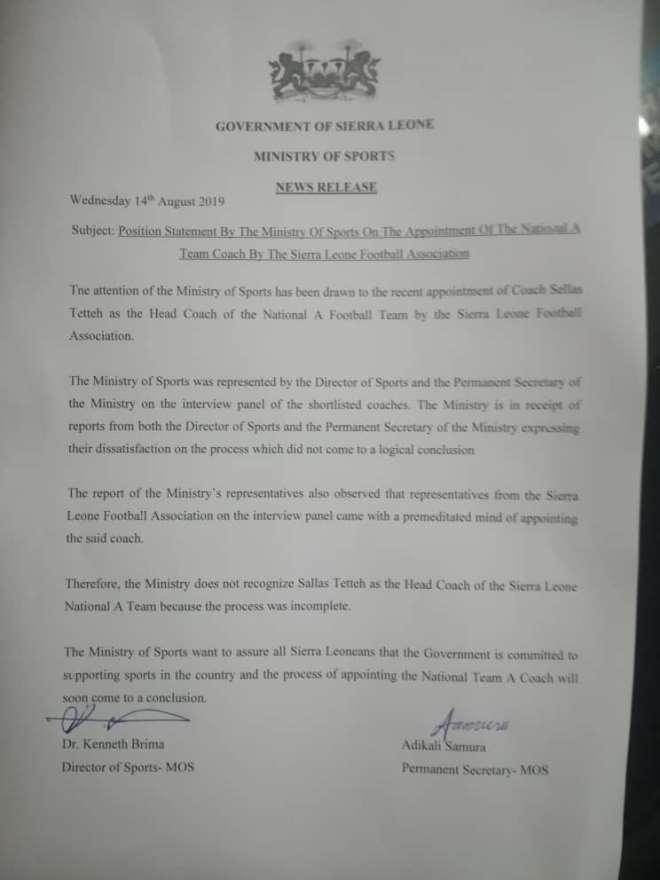