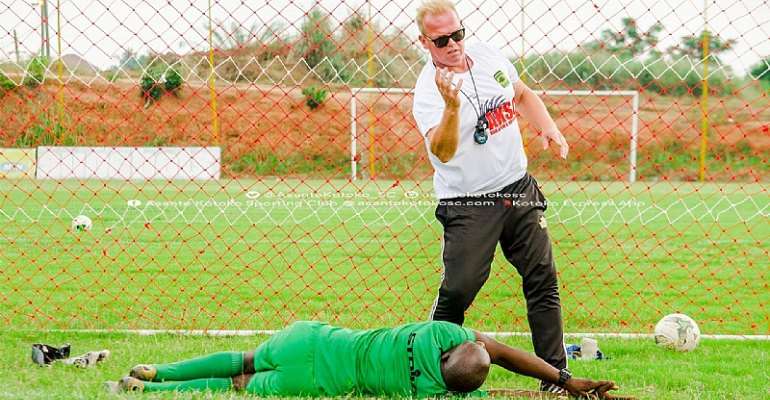 Kotoko gaffer, Kjetil Zachariassen has vowed not to repeat the same mistakes as they prepare to host Kano Pillars hurdle in their return leg fixture at the Baba Yara Stadium next week.

The Ghana Premier League side suffered a 3-2 defeat to the Nigerian side after taking a 2-1 second-half lead in their CAF Champions League opening game four days ago.

And the Norwegian tactician believes having identified what accounted for their defeat in the first leg, his side is bent on progressing to the next stage.

“I am highly elated with my team’s performance because one thing here is that we played against a good team and we scored two important away goals which will be very important for us.”

He added, “I must also commend my players for sticking to my game plan which worked very well. We will correct our mistakes before the return leg in Kumasi.”

On August 25, Kotoko will host Kano Pillars in Kumasi for the second leg fixture.