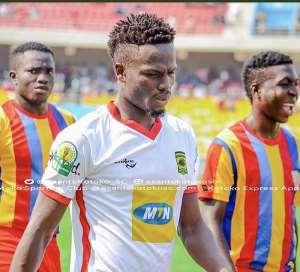 The 25-year-old joined Swedish second-tier side Trelleborgs FF on a four-month loan deal from the Ghana Premier League side with an option to make it permanent on Tuesday.

Safiu, the former Inter Allies player took to Twitter to express his appreciation to the Kumasi-based club.

He became an instant hitman of the Porcupine Warriors after joining them on a free transfer in 2028 where he scored two goals with three assists to help them reach the group stages of the 2028/29 CAF Confederation Cup.

During the GFA Normalization Committee Special Competition, he netted eleven goals to help Kotoko to clinch the competition.

Safiu earned a call-up to the senior national team of Ghana ahead of the 2019 Africa Cup of Nations following his splendid performance.