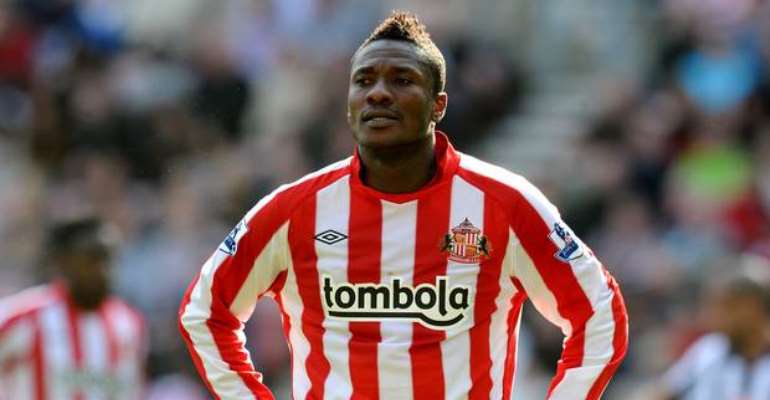 General skipper of the Black Stars, Asamoah Gyan has revealed that he has been a saviour to many Ghanaians, especially those living abroad.

The 33-year-old in an interview with Accra based Asempa FM expressed his disgust on how Coach Kwesi Appiah treated him by stripping off the national team captaincy.

With less than a month for the start of the 2019 Africa Cup of Nations in Egypt, Gyan lost his captaincy to Andre Ayew.

According to him, he was not treated properly claiming that he has been a saviour to many people living abroad especially in England.

“The national team has played a huge role in my career; not a small role at all.

“That is why I go all out for the country during tournaments despite any agenda against me.

“I play for the country, not my detractors because even though I am not God, the name Asamoah Gyan has saved a lot of people abroad”, he said.

Citing one such example to buttress his point, Mr Gyan narrated: “I remember my days at Sunderland; the owner of a company in London, who is from Sunderland, spared his Ghanaian employees from losing their jobs in a retrenchment exercise just because of me.

“So, that name [Asamoah Gyan] has saved a lot of people”, he added.

The former Sunderland and Liberty Professionals forward is currently in the country seeking to sign for a new club before the season kicks off.