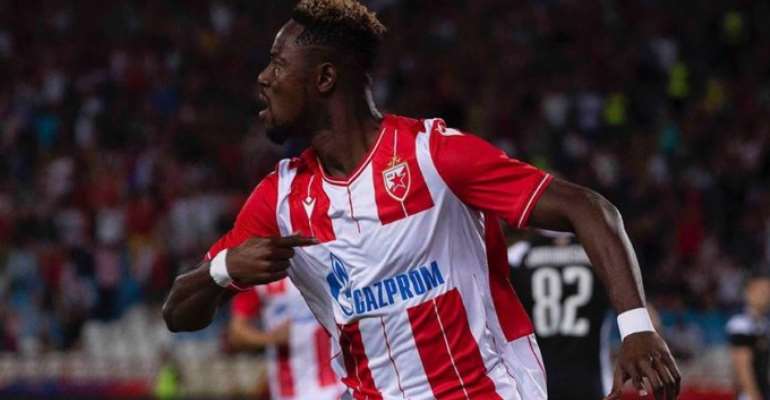 The Serbian side won the tie 7-6 on penalties after 2-2 aggregate scoreline.

Yiadom fired Red Star ahead in Copenhagen and Dame N'Doye levelled to force the shootout in which the Danish champions missed two chances to progress before they were dumped out by visiting keeper Milan Borjan.

Borjan kept Red Star afloat with two stops and netted a spot-kick himself before he sent the away fans into raptures when he blocked Jonas Wind's weak effort to send the Serbians through.

Boakye-Yiadom has netted three goals in six games in this season's competition.