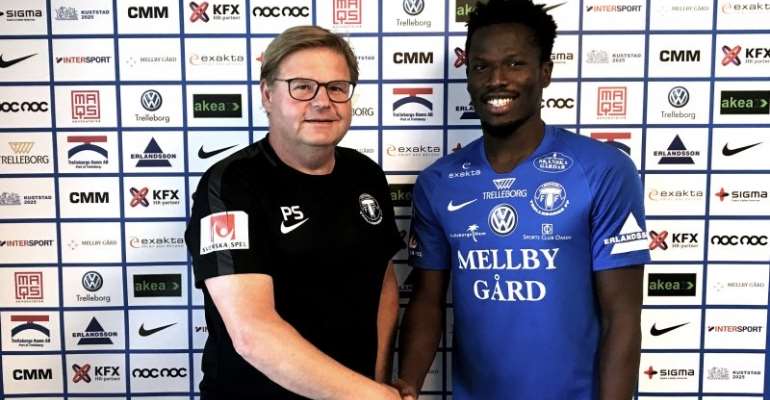 The skillful player has been in talks with several clubs following his stellar campaign with the Porcupine Warriors throughout the 2018/2019 season when they participated in the CAF Confederations Cup as well as the GFA Normalization Committee Special Competition.

He came close to joining Helsingborgs IF but the move broke down following the Swedish side’s inability to meet the asking price of the Kumasi based club.

Fatawu, 25, has now officially completed a season-long loan move to Swedish top-flight side Trelleborgs FF for the 2019/2020 season. The club has an option to buy at the end of the season if he manages to impress.

He joins the side with a lot of potential looking at his performance with Kotoko in the last edition of the CAF Confederations Cup.

In addition to that, he bagged 11 goals to steer his formal club to glory in the tier 1 of the GFA Normalization Committee Special Competition.