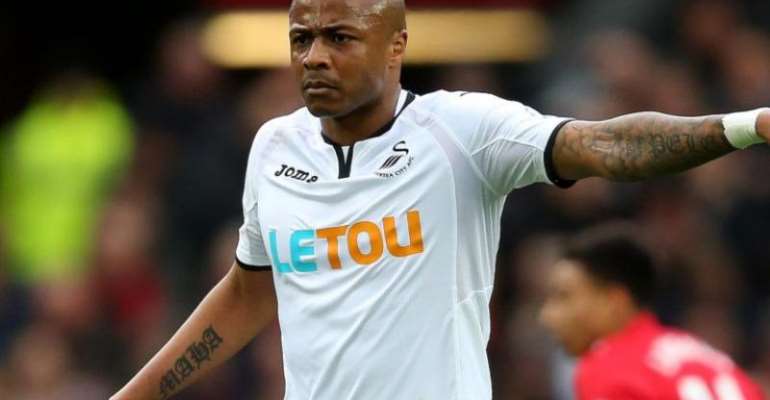 Andre Ayew has returned to Swansea City and is in line to make an appearance for the club in their League Cup clash with Northampton Town amid uncertainty about his future at the Liberty Stadium.

The Ghana skipper could be on his out of the club after spending last season on loan at Turkish fold Fenerbahce.

The 29-year-old rejoined training on Sunday owing to an extended break after featuring for Ghana at the recent Africa Cup of Nations in Egypt.

"He has come back really fit," Swansea manager Steve Cooper told pressmen on Monday ahead of Tuesday's cup fixture, according to the BBC.

"Like everybody, he is in the mix [to face Northampton].

"He could end up being a really good option for us going forward."

However, reports suggest that the former West Ham forward could be rejoining former French club Marseille while other speculation indicated Swansea have offered the winger to Fenerbahce for free to cut down their wage bill.

Cooper, though, recently indicated a desire to have the player with the Championship club for their quest to secure promotion to the Premier League this season.

The 29-year-old was re-signed by the Jack Army on a three-and-a-half-year deal in January last year following an unsuccessful stint with West Ham United.

He has also played for French clubs Lorient and Arles-Avignon in the past.