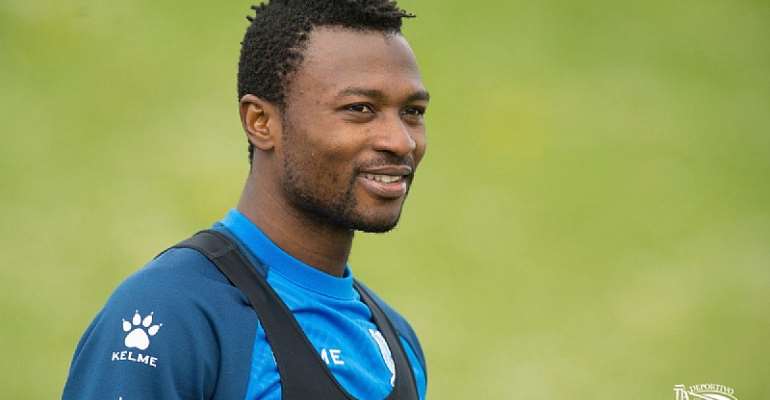 Ghanaian forward, Patrick Twumasi is set to complete a move from Deportivo Alaves to Turkish top-flight side Gazişehir Gaziantep F.K before the summer transfer window shuts.

The promising attacker joined the Spanish La Liga side from Astana back in July 2018 but failed to really make an impact in the 2018/2019 season having endured limited playing time.

Following the appointment of Asier Geratino as new Alaves Head Coach, the pacey attacker doesn’t look like he will be playing any significant role at the club, leaving him to consider his options.

According to reports, the Ghanaian is in advanced negotiations with Gazişehir Gaziantep F.K and could sign for them in the coming days if all agreements are reached.

He would become the third Ghanaian player to join the Turkish club if his move falls through. Gazişehir Gaziantep F.K has already secured the services of Abdul Aziz Tetteh and Yusif Rahman Chibsah to help their course in the upcoming season as they bid to maintain their Super Lig status.