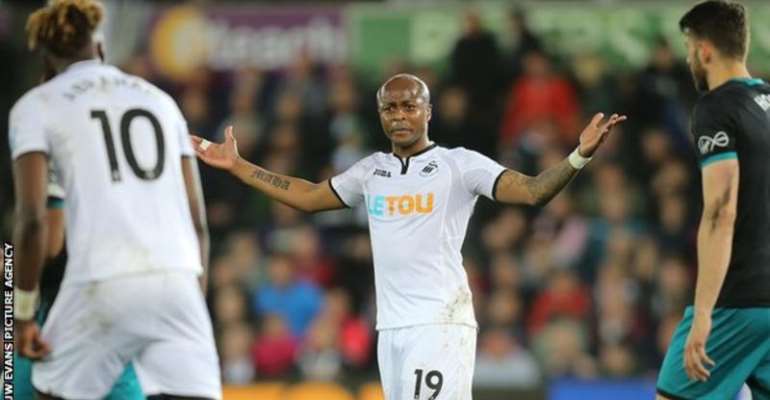 The 29-year-old Ghana forward spent last season on loan at Fenerbahce and had been expected to leave the Liberty Stadium this summer.

But he remains a Swans player for now and could face the Cobblers having returned to training on Sunday.

"Like everybody, he is in the mix. He could end up being a really good option for us going forward."

Ayew joined Swansea for a second spell in a club-record £18m deal in January 2018, but was unable to prevent relegation from the Premier League.

His most recent Swans appearance was in their last top-flight game, a 2-1 defeat to Stoke in May 2018.

Ayew could yet depart in the next few weeks with a number of overseas transfer windows still open.

Swansea, meanwhile, are hopeful that Aldo Kalulu did not suffer a serious injury in last Saturday's goalless draw at Derby.