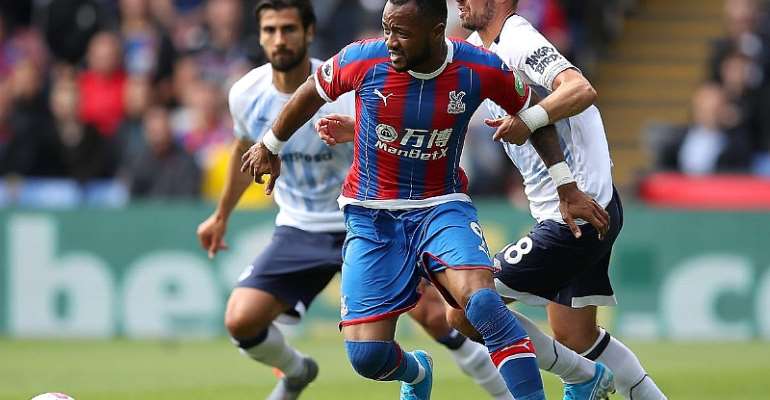 Ghanaian forward, Jordan Ayew has been adjudged the best player for Crystal Palace in their English Premier League match week one fixture against Everton at the Selhurst Park on Saturday afternoon.

The two top-flight clubs went head to head over the weekend in hopes of picking up 3 maximum points to start off their season in a positive fashion. They, however, had to settle for a draw at the end of 90 minutes following a good display by both sets of players.

One player who stood out on the matchday is Black Stars striker Jordan Ayew who offered pace and direct running in attack for the Eagles in a bid to get them on the scoresheet.

He managed to create a good opportunity in the second half but his strike was not good enough to beat Toffees goalkeeper Jordan Pickford.

Despite being replaced in the second half by Wilfred Zaha, Ayew has emerged as the best player for Palace who managed to hold on to salvage a point at the end of the match day.

Below is the Player Ratings for Palace at the end of the game.