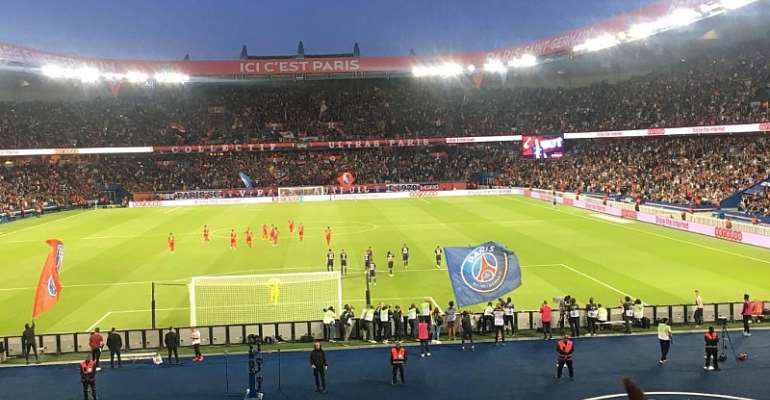 Paris Saint-Germain kicked off the defence of their Ligue 1 title with a straightforward 3-nil victory over Nîmes Olympique on Sunday. The win was overshadowed however by the looming Neymar transfer saga.

Supporters made their feelings towards the Brazilian clear by holding banners calling "Neymar. Get out.”

The 27-year-old was left out of the squad due to his ongoing links to a move away from the Parc Des Princes, with Barcelona and Real Madrid interested.

PSG showed no signs of tension on the pitch though, with Edinson Cavani calmly drilling a penalty into the bottom corner in the 24th minute.

The spot kick was awarded with the help of VAR, after a corner struck Nîmes defender Pablo Martinez on the arm.

The match was a mostly pedestrian affair, with Nîmes happy to keep 11 men behind the ball for most of the evening.

Kylian Mbappe's superb second-half performance was enough the break down the visitors' defensive line, slotting in the Parisians' second goal just before the hour mark.

The Frenchman turned from goal scorer to provider in the 70th minute, supplying an excellent assist for substitute Angel Di Maria to make it 3-nil.

The hosts' dominance was reflected in the stats, finishing with 74 percent of possession as goalkeeper Alphonse Areola did not face a shot on target.

The win delivers a statement that PSG have the talent to compete at the top level, with or without their number 10.

Coach Thomas Tuchel insists the club will find solutions without Neymar, which they proved on Sunday with 90 minutes of slick, attacking play.

Since becoming the world's most expensive player, the Brazilian's two years in France have been plagued with injuries and controversies.

One banner called him “heartless”, in reference to his recent comment that his fondest football memory was inspiring Barcelona's 2017 Champions League comeback against PSG.

While the future of Neymar remains unknown, order is resumed at the top of Ligue 1, with the win putting the Parisians level at the top of the table with Lyon.