Avram Grant Reveals Why Frank Lampard Will Succeed At Chelsea 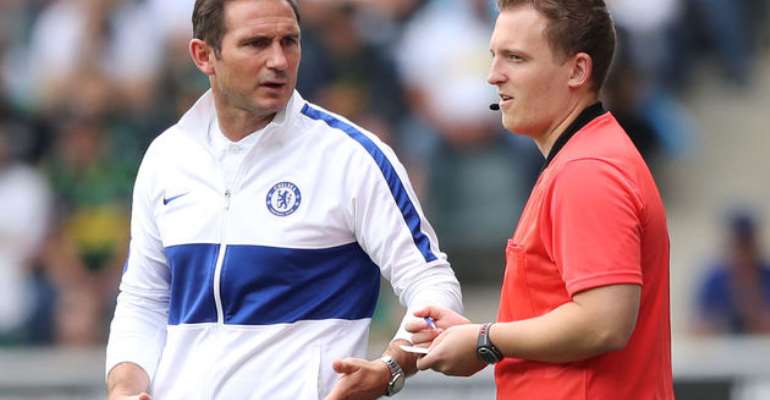 Lampard, who played under Grant at Stamford Bridge during the 2007/08 season, was named as ​Chelsea’s new head coach earlier this summer after the exit of Maurizio Sarri.

The former midfielder takes the hot seat at Stamford Bridge just a year on from assuming his first managerial role at Derby County, where Lampard guided the Rams to the Championship playoff final – only to see his team lose to Aston Villa.

Speaking exclusively about the book ‘Win Your Mind: Avram Grant’s Motivational Nuggets to Enable You to Get the Best From Yourself’, written by George Ayoka – which reveals Grant’s secrets to success in life with anecdotes from the dressing room built over the course of his career – the former Blues boss also assured that Lampard has three specific qualities that he can rely on.

Grant said: “​I was sure he would become a manager, a good manager. Frank is a very good example – when you speak about what makes you successful, there are three parameters: talent, passion and mental strength," he told 90min.

“Frank was not the biggest talent in the world, but he achieved more than those with more talent than him. But he was a great talent, no doubt about it.

“Secondly, he has a passion to achieve. Frank always stayed after training. There is a difference between having passion and wanting to win. Without passion, you can’t achieve. You also need mental strength. Frank definitely has that.”

‘Win Your Mind’ posits that these three qualities can help anyone be successful in life. For Grant, learning how to become the master of your own mind is vital, while the book features stories and photographs from all over the world on the coach’s journey to master his craft.

A key memory for Grant was Lampard expressing his gratitude for how he was treated by his then-manager after one of the most difficult moments in his life – the passing of his mum in 2008. Lampard’s words clearly meant a lot to Grant who went on to tell us how he managed the situation at the time.

The Isreali tactician led Chelsea into a semi-final with Liverpool, knowing that they had reached this stage in three of the four previous seasons, but failed to reach the final on each occasion. It was a huge game and Grant had a huge decision to make on one of his key players.

“Before the ​Champions League semi-final in 2008 against ​Liverpool, Frank didn’t train [due to his mother’s passing],” Grant said. We beat ​Manchester United without him beforehand, and I had to take one of the hardest decisions of my life to play him.

“I knew his character. I knew he would go out there and he would perform well because he had the quality. The pressure was on me, but also on him, because he knew he needed to be good. The team had beaten United without him.”

The former West Ham manager also predicted that the Blues will enjoy a good campaign with Lampard at the helm, given the quality of the club as a whole.

“I think Chelsea will do well, I have a good feeling. They spent a lot of money on the academy. They have fantastic players with plenty of experience in the squad, and the manager comes with a lot of passion and hunger, which is also important for everybody,” Grant added.

Lampard suffered his first defeat as Chelsea manager as they lost 4:0 to Manchester United at Old Trafford.