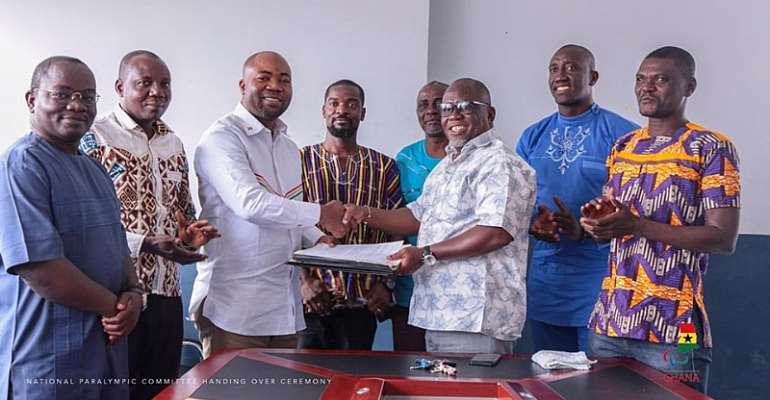 The National Sports Authority, representing the government of Ghana has sworn in an eight-man National Paralympic Committee to replace the old administration at a short ceremony staged in Accra.

The mini ceremony was followed by an official communique to the International Paralympic Committee to officially introduce the new administration led by Mr Samson Deen.

The Director-General of the National Sports Authority Prof. Peter Twumasi urged the Samson Deen led NPC-Ghana to work tirelessly to develop and win medals at the Upcoming Paralympics All African Games and Tokyo Games in 2020.

The Director-General on behalf of the government assured of their support and wished the NPC-Ghana well.

The 8 man contingent has been given a four contract spanning toll August 2, 2023, with the mandate of reviving Paralympics in Ghana.

Mr. Samson Deen replaced Bishop Cornelius Adjei Cofie as the president of the National Paralympic Committee (NPC) and will be supported by 7 other members.

The election was held on July 6, 2019, at the DG Hathriamani Sports Hall inside the Accra Sports to bring the old administration to an end.

The full list of new officials is seen below: