Kwadwo Asamoah Elated With First Game Of The Season 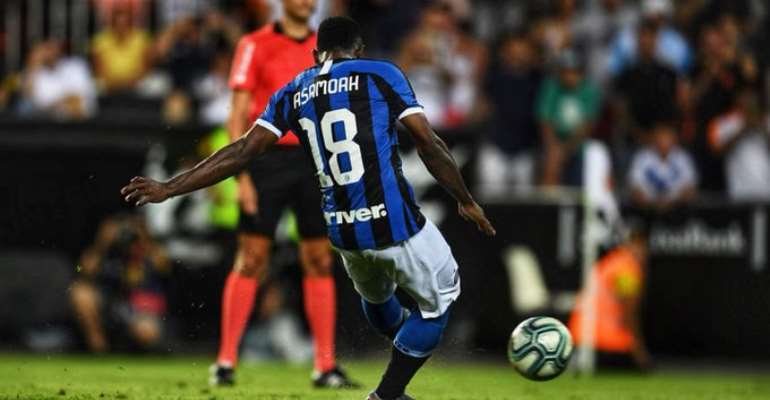 Ghana midfielder, Kwadwo Asamoah has expressed his joy after coming off the bench in Inter Milan's 1-1 draw against Valencia on Saturday.

The 29-year-old missed the early part of Inter Milan's pre-season due to Ghana's participation at the 2019 Africa Cup of Nations.

Following his country's exit at the Round of 16, the former Udinese ace was granted an extended break before joining Antonio Conte's men a fortnight ago.

The skilful wing-back returned on Saturday and was introduced as a 71st-minute substitute for Dalbert Henrique as they settled for a share of the spoils against Valencia in their final pre-season game.

Mateo Politano's effort from the spot in the 82nd minute cancelled out Carlos Soler's 38th-minute opener for Valencia.

The Ghana international is pleased to have earned some playing minutes at the Mestalla Stadium.

"Happy for my first match of the season," Asamoah tweeted.

Asamoah will be hoping to play a part when Inter Milan begin their 2019-20 Serie A campaign with a fixture against newly-promoted Lecce on August 26.