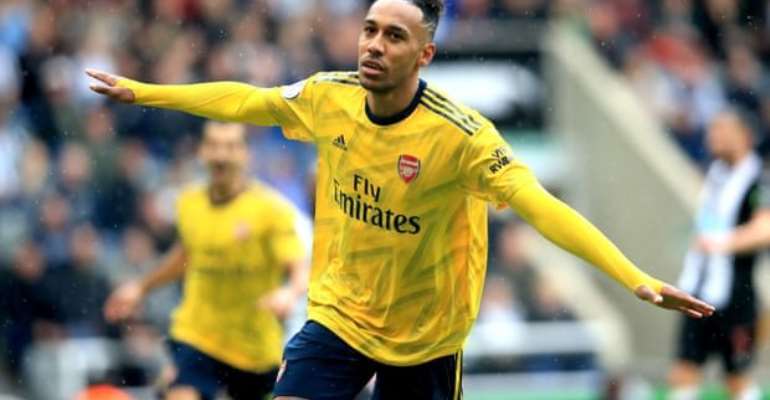 Starting with many of their £125m-worth of signings on the bench and without midfielders Mesut Ozil and Sead Kolasinac, Gunners boss Unai Emery watched his side struggle to cut through their opponents in the first half.

That all changed just before the hour mark when Aubameyang was left unmarked on the edge of the area, collected Ainsley Maitland-Niles' cross from the right and fired past Martin Dubravka.

Emery gave £72m club-record signing Nicolas Pepe and midfielder Dani Ceballos debuts from the bench, but they failed to make much of an impression.

As for Steve Bruce, his Newcastle managerial debut was about what could have been.

The Magpies' record signing Joelinton went close with a shot blocked by Bernd Leno before Jonjo Shelvey saw his drive crash off the woodwork.

The home side were flat for much of the second half, although another new recruit, the exciting wing prospect Allan Saint-Maximin, tested German Leno with a near-post drive.